Non-Member? Buy This Video On Demand by clicking Add To Cart.

Puny little man (if you can call him that) Trevor has come in to see Sablique for a job interview.Not caring if he gets the job, he comes way underdressed and unprepared. After wasting Sablique’s time, she decides to inform him of what exactly her company does. Putting on a pair of latex/rubber gloves, she lets him know that it’s a chemical company and proceeds to tell him how he’s about to be with them and by her. Grabbing him out of his chair, it’s immediately evident how much taller she is. Like almost 2 feet taller. She taunts him for being so short, belittling him over & over. Sablique slams him against the wall and repeatedly chokes and smothers him with the gloves. She documents the entire incident on her cell phone until he finally from hand over mouth smothering. 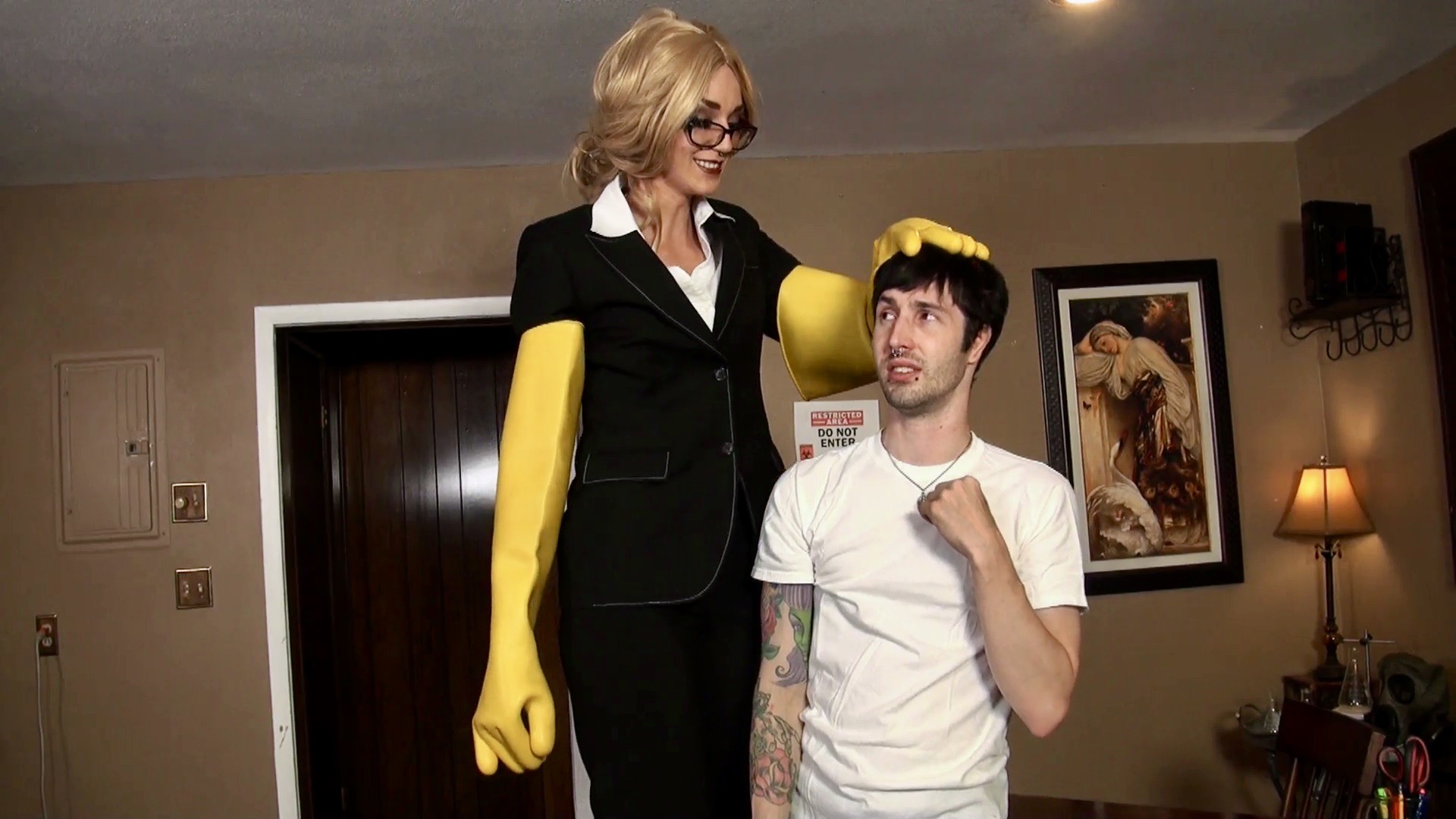 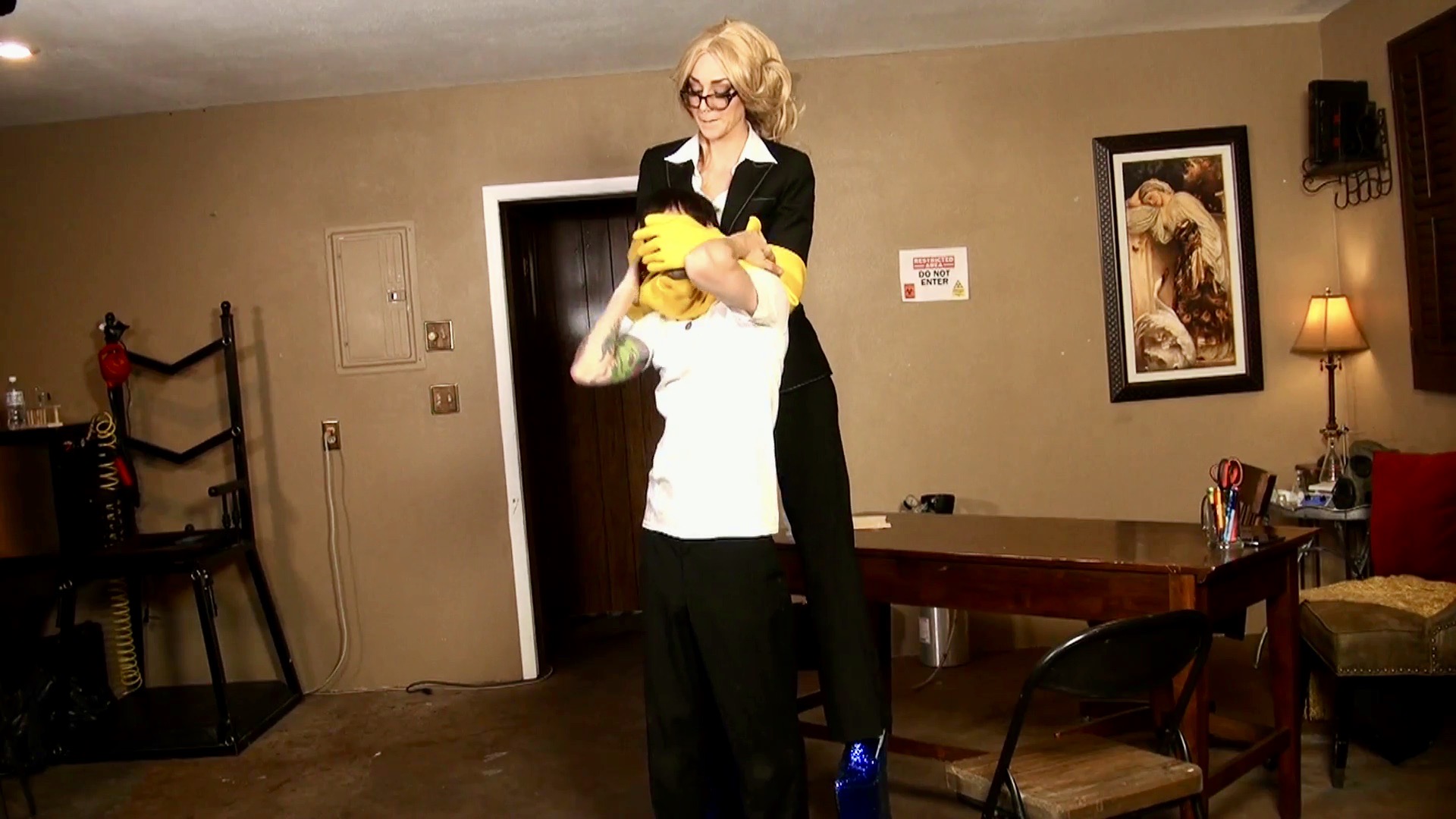 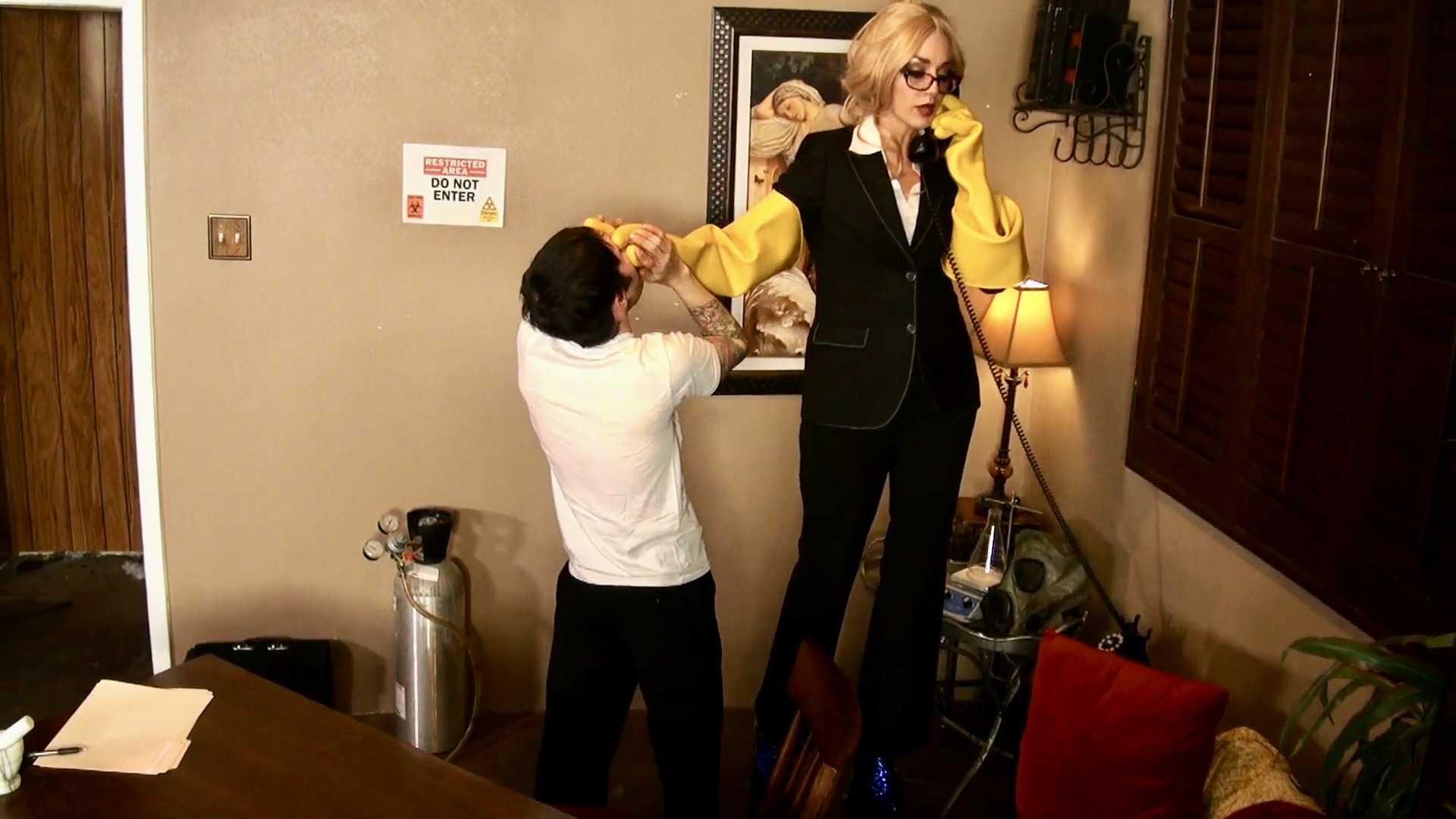 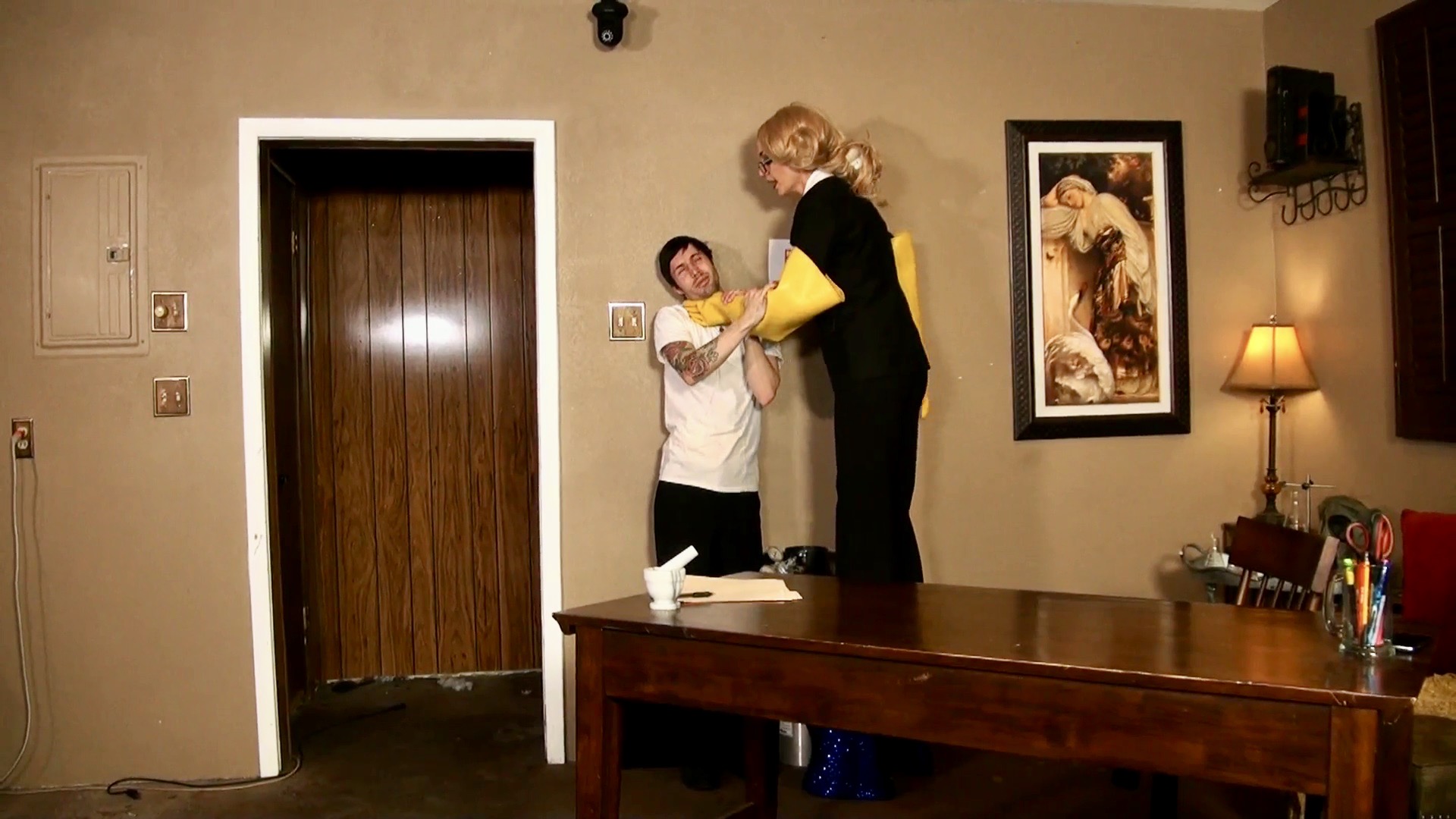 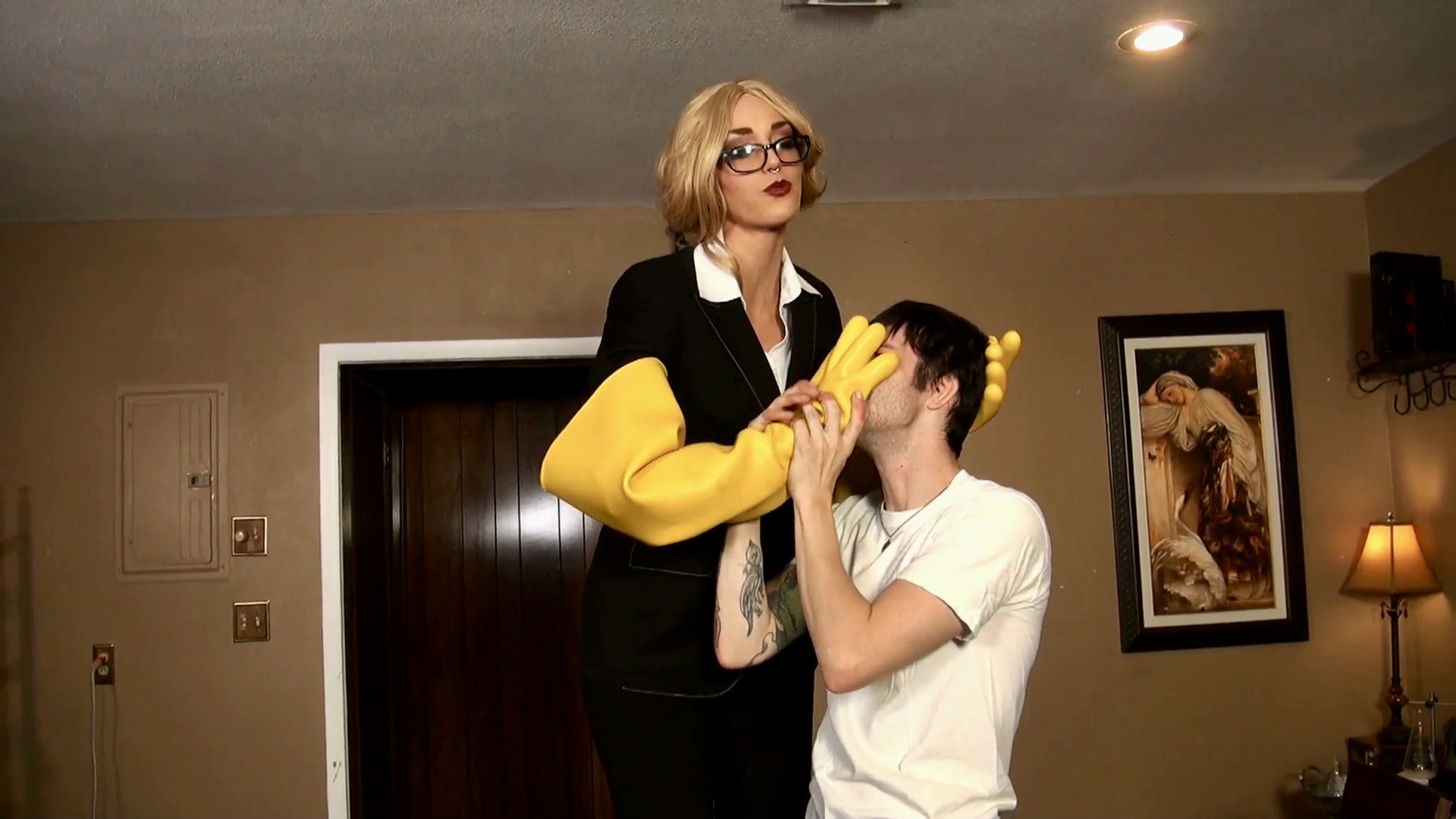 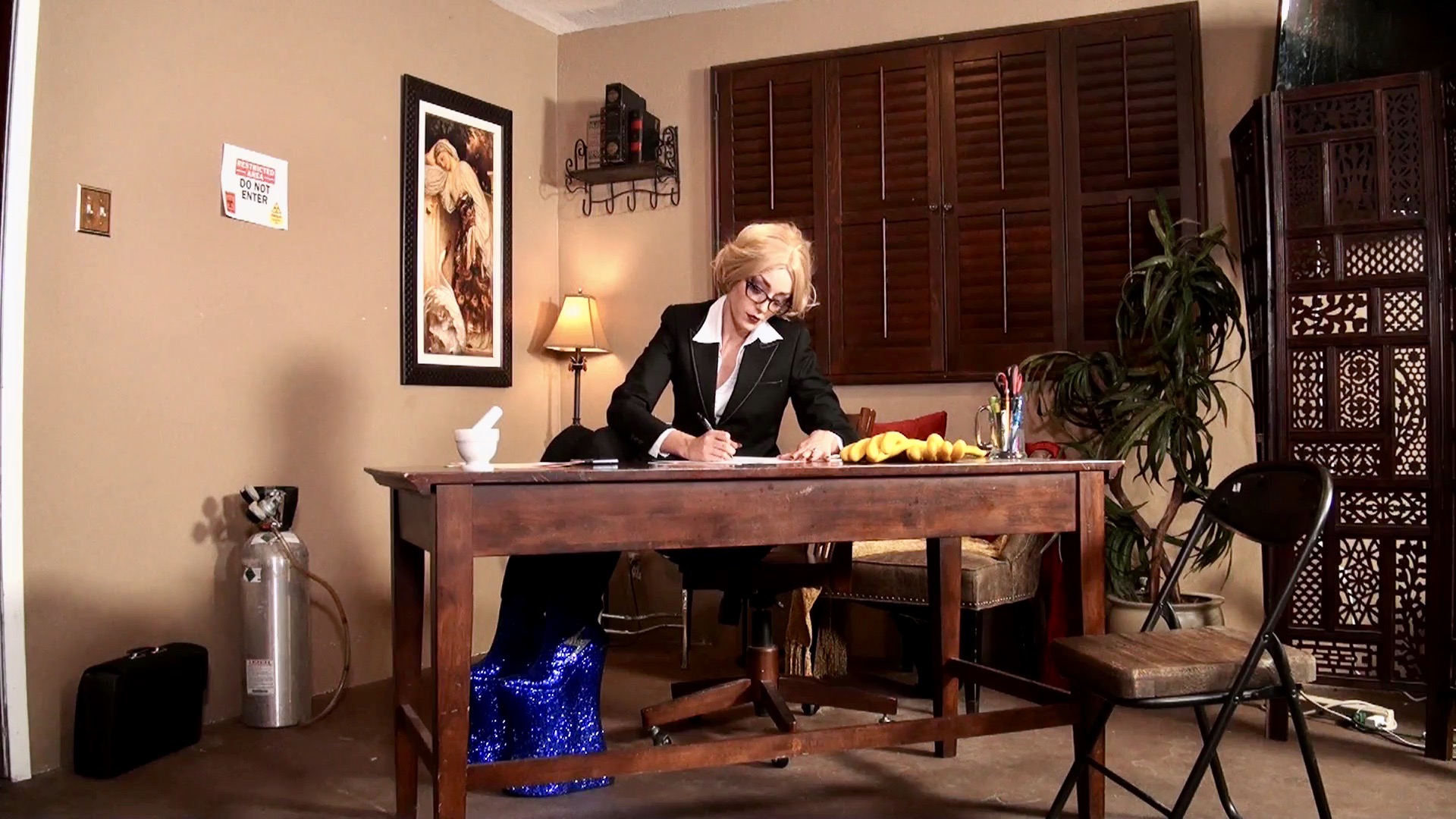